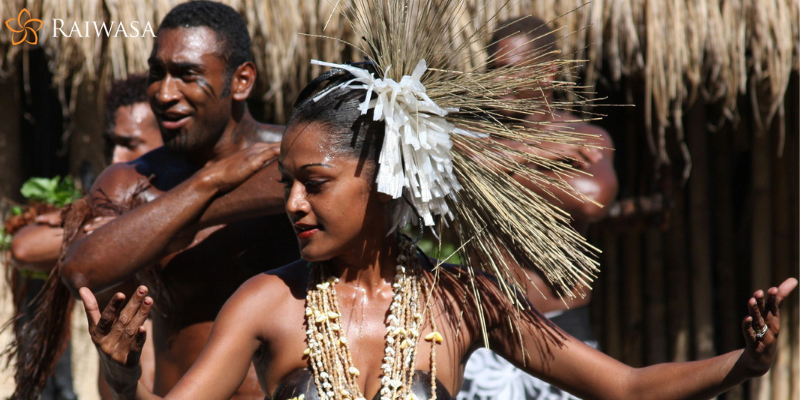 Today, Fiji is a country of many cultures and influences. It was first settled by people from western Melanesia nearly 3,500 years ago, but since then people from India, China, Europe, and elsewhere. Fiji’s exceptional tapestry of cultures is revealed in the islands’ commemorations and festivals – making these events you don’t want to miss.

Of the numerous cultures that interlace to generate Fiji’s own, it is India’s effect that is predominantly visible on the islands. So, it is predictablet that Holi is a renowned event on the islands. Holi is a Hindu festival taking place primarily in India where crowds meet to toss multi-colored powders at one another, representing the color and celebration of spring after winter. Holi is even a major event at Fiji luxury resorts.

What other festivals in Fiji are not to be missed? Keep reading!

Fiji was formally established as an independent country 50 years ago, after numerous long years of British foreign rule. With a week of events and festivities, it is an important point in the country’s history that is celebrated each year.

Each town on the islands organizes its own events in honor of the occasion, which comprise of military processions, speeches, presentations, and road festivities. There is so much for a visitor to see, experience, and learn on Fiji Day.

The Bula Festival is a fun and lively carnival held each year. Derived from the famous Fijian word for hello, “bula” the festival is meant to showcase the many cultures that make up modern Fiji. There is a week of pageants, parades, floats, food stalls, and other celebrations. The festival is held in two parks, not far from Nadi, and an animated procession consisting of floats, music, and dancing opens the commemoration. The week of festivities concludes with an annual beauty pageant.

The Island of Rotuma and its adjacent islets belong to Fiji, yet they are communally and familiarly unique from the rest of the country. The communities on Rotuma have their own homegrown traditions and a history that was deeply influenced by other Polynesian Islands. Every year Rotumans celebrate a special festival called Fara. During Fara, singers, instrumentalists, and dancers travel from house to house to entertain the people who reside there and include them in their celebration.

A lovely commemoration that emphasizes the country’s unlikely Indian legacy, Diwali is celebrated by by Fiji’s Christian community and  Hindu inhabitants, alike. It is even a public day off, evidence to the country’s unique relationship with India and the Indian traditions. What is Diwali? In honor of Lakshmi, the divinity of wealth, houses are set alight with candles and lanterns, while confections, small gifts, and favors are shared out among household members and close friends. As in India, Diwali in Fiji is a festival of light and new beginnings.

There is possibly no superior way to sample the cultural influences, values of Fiji and the inhabitants’ well-known cheerfulness than at the yearly Hibiscus Festival. The Hibiscus Festival takes place in the center metropolis of Suva and attracts crowds from all over Viti Levu Island. There are numerous food stalls, vending Pacific fare among lively music and dance presentations, rides, competitions, and pageants. The celebration concludes in the crowning of Miss Hibiscus.

Fire walking, the art of walking shoeless across hot cinders or ashes, is a custom on the Island of Beqa, around 5 miles from Viti Levu’s southern coast. The tradition has since traversed many of the  islands and the Fire Walking Festival is currently held beside the Coral Coast, with the yearly commemoration arranged at the Mariamma Temple.

Partakers must participate in a ten-day period of sexual self-restraint, fasting, and other preparations preceding to the event. During these ten days, Hindu clerics perforate their faces and bodies with needles and rub their skin with yellow turmeric. What’s the purpose of going through this deprivation? It is an important detoxification before they can achieve this unexpected art.

The Friendly North Festival happens in the town of Labasa, on Vanua Levu Island. The committee dedicated to arranging this Fijian festival has been operating for roughly forty years now. And this is the biggest festival in northern Vanua Levu. While the highlight of the Friendly North Festival is the pageant competition,  it really reverberates Vanua Levu’s bigger initiative to attract Fijians and foreigners to the northern part of this bigger island.

The committee’s purpose each year is to show off the beauty and culture of a more secluded, less-industrialized island and also turn this into an awesome honeymoon destinations and sightseeing site.

Also Read: Getting to Taveuni Island for your Fiji Paradise Experience!